Japan is full of contrasts and surprises, especially for travellers from Europe like us.

These are some of the things that we didn’t expect: 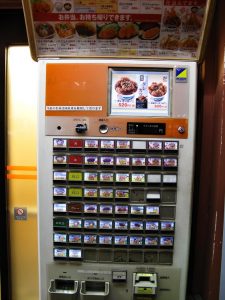 There are loads of vending machines in Japan.

Some of them are located even at some restaurants where they are used for ordering meals.

They are really useful, especially when the menu is only Japanese, because you can follow the pictures on the buttons.

Even though we had no idea what type of meat we were ordering, at least we knew if it was a soup, rice or noodle meal.

And whatever it was, it was always delicious.

In Japan, you will get used to waiting in lines.

There are so many people everywhere, and queues help to keep things organised.

You will have to queue for good restaurants, stations, popular attractions, temples or shrines.

People are queuing even on the top of Mount Fuji waiting for the sunrise (and there is usually a queue at the summit post office too).

3. Rooms And Bathrooms Are Really Small 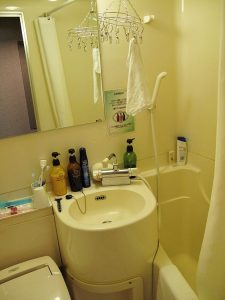 We are pretty tall, so we struggled in some hotel bathrooms because they were tiny.

Just closing the door from the inside was a challenge.

There wasn’t much space in most of the hotel rooms either, so we didn’t even unpack to be able to move around.


At first, we felt a little uncomfortable using toilets in Japan because of the many control panel buttons.

And if the signs were only in Japanese, there was no other option than learning by trial and error.

Soon we started experimenting and trying all the buttons, which made using the bathroom so much fun. 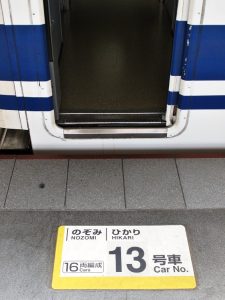 We were excited to use some of the bullet trains – it’s the fastest way to travel between cities, and they are punctual indeed.

The trains always stop precisely at the same platform spot, allowing people to queue for the particular carriage in advance.

The seats always face forward because they are turned around at the end of each journey.

If you plan to travel by train, ensure you get the Japan Rail Pass before your trip to take advantage of significantly cheaper fares. It can be ordered online.

Be aware that it can’t be purchased in Japan because it’s available only to foreign visitors.

The passes are valid for 7, 14 or 21 consecutive days and can be used only on certain trains; there are also various regional passes on offer.

Without the passes, train travel in Japan is costly.

Surprisingly, during our trip, free wi-fi was still not common in many hotels.

Most offered only wired internet, which could be used just for one device.

Fortunately, we did our research before the trip and brought our own wi-fi router with us.

We connected it to the cable and created our own wireless internet.

However, things are changing fast, and more free wi-fi options are available these days.

We expected more people to be able to communicate in English, but it wasn’t the case, especially outside of major tourist attractions.

But soon, we discovered that many people could understand English at least a little, and they just weren’t confident to speak.

They were too worried about making a mistake and embarrassing themselves.

Try to speak slowly and give people praise for trying to speak English.

Even if they can’t understand you, Japanese people will always go the extra mile to help you.

On the other hand, it’s a good idea to learn or write down a few most important words or phrases in Japanese and try to use them; it will be appreciated. 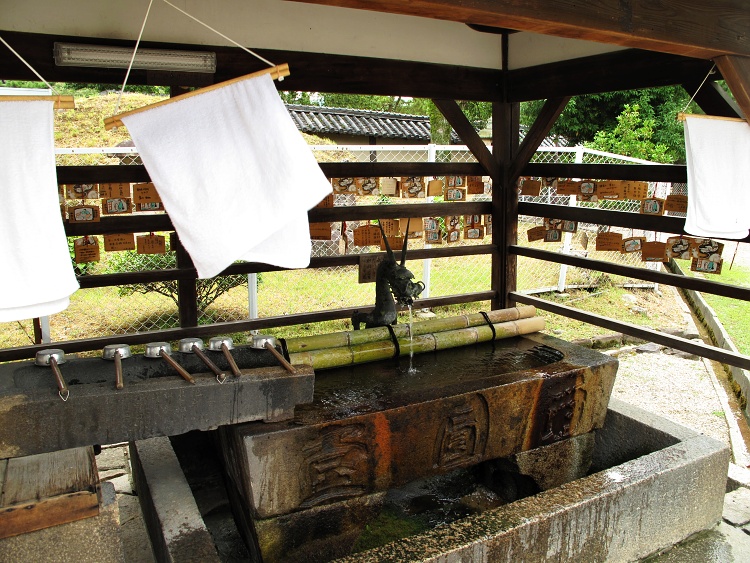 In Japan, there are many traditional rules that people follow daily.

Do your research to familiarise yourself with etiquette before travelling to avoid awkward situations.

Before you enter someone’s home or a temple, you need to take off your shoes.

You should wash your hands and mouth before entering a Buddhist temple or a Shinto shrine.

There is also a specific way you should use onsen (hot spring bath).

Be aware that you won’t be able to enter most onsens if you have tattoos.

Japanese people are very kind and polite so try to respect and follow their traditions.

We love roller coasters – the crazier, faster, higher or steeper, the better.

We visited the Fuji-Q Highland amusement park and experienced some of the most extreme attractions we have ever seen.

Japanese people seemed fearless, and even children laughed during some terrifying moments.

But we adapted fast and had a great time in the end.

We fell in love with Japan and can’t wait to come back one day.

Have you been to Japan yet? 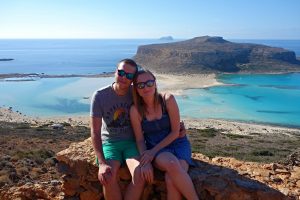 Quebec City - a piece of France in Canada 🍁

Even dams can be pretty ✨💦

Would you jump in? 💦